Our Annual fundraiser for the Paul Browner Memorial Accounting Scholarship
Tickets are $20
Dinner in the restaurant begins at 5pm, and the comedy begins at 7:30pm downstairs.
tickets
https://www.eventbrite.com/…/apcpa-comedy-fundraiser…
This years Headliner is:
The Tommy Lama
Tommy Savitt is a 15 year comedy veteran who began in his hometown of New York City, where he also starred in productions of Shakespeare. After developing his “Hey Tommy” character, he was featured on Bob & Tom and Blue Collar Radio and performed around the world for the troops. Along the way he’s won the prestigious Seattle Comedy Competition and best comedian at the Boston Comedy Festival , Ventura Comedy Festival, and the LA Comedy Awards.

He has since developed a new stage persona, the Tommy Lama, which has proven a hit at comedy clubs and festivals internationally and landed coveted residencies at The Tropicana and The Stratosphere in Las Vegas. 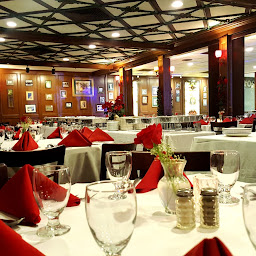 Scott Perkins
It's been a few years since I've been because I moved to Philly. But this place was to Rockville worth the drive from Marti nsburg to Rockville MD. Always fresh wonderful food and top notch friendly device.

John Kanavy
Nicole was great. Food was great too

Andrew M
Always a pleasure to visit my neighborhood spot.

Larry Yang
Earlier tonight when I was on a long wait for my bus to come, it was freezing outside and so I went inside to That's Amore Restaurant to ask the guy working at the front desk(not sure if he was the owner or not) if I could stay for a bit and have a glass of water since I just came back from the gym and he kindly accepted my request which was very nice of him and I really appreciated his help, without his kindness I would've been frozen in the cold. And my family and I have order pickup from this restaurant a couple of times during this pandemic and the food was great so I definitely recommend you guys eating at this restaurant!

No products in the cart.